Hong Kong, the ultimate hub for entering the Chinese Market

You are here:
Hong Kong Issues 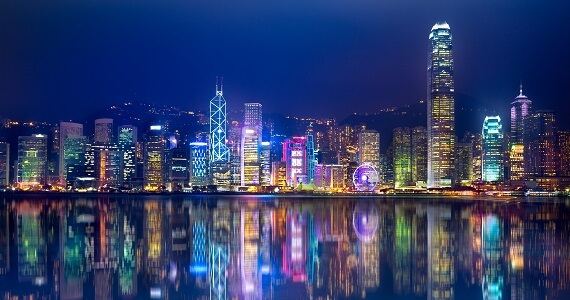 Hong Kong, the ultimate hub for entering the Chinese Market

Hong Kong is renowned for being one of the best places to develop internationally, especially in Asia, thanks to its administrative simplicity and its low level of taxation.

The main prerogatives of Hong Kong are:

Hong Kong and mainland China have signed no less than 64 bilateral conventions which cover all areas: judicial, aviation, maritime, investment, finance, tax, trade, industry, construction, environment and employment. This conventional arsenal allows the greatest fluidity between the two territories and avoids the points of friction which are innumerable between the western countries and the People’s Republic of China. Entering China via the Hong Kong platform remains an essential advantage for any investor. This is precisely why between 70 and 75% of foreign direct investment (FDI) to China goes through Hong Kong.

Since the RMB is not convertible, China has a crucial need for a financial center allowing international operations from its currency. Hong Kong has the largest pool of liquidity in offshore RMB, valued at around US $ 80 billion. Added to this is the so-called “R-QFII” (RMB Qualified Foreign Institutional Investor) program which authorizes flows between the RMB and the various international currencies, according to a quota system.

Hong Kong’s international financial activity, as well as its positioning in terms of transport and logistics, but also in terms of research and development and human resources with high added value, make the city a key player in GBA. For example, in January 2020 the powerful Guangdong-Hong Kong-Macao Greater Bay Area Federation of Industry and Commerce announced that it was establishing its headquarters in Hong Kong.

Clearly Hong Kong appears to be the BRI’s “super connector” precisely because of its logistics and financial capabilities. The BIS’s most important financial players, such as the Asian Infrastructure Investment Bank and the Silk Road Fund, which has more than 40 billion US dollars, rely largely on the resources and know-how of the financial center from Hong Kong.

For any information on Hong Kong, the ultimate hub for entering the Chinese market, please contact our team at info@opkofinance.com or by phone at +852 2654 8800.

The incubation of Startup, SME and Technology companies in Asia, a key factor of development
May 28, 2020